Why You Need An Entertainment Publicist On Your Team

One of the most important reasons to hire a publicist for your sports or entertainment brand is to build credibility and awareness. A publicist can help you create a strategy for showcasing your talent, products, or services to the world. They can create targeted campaigns for your target audiences and help you position yourself in the public eye as an expert or leader in your field.
A good publicist will understand how to craft and distribute press releases, write engaging blog posts, and book speaking engagements or media interviews that will increase your visibility and help your business grow. Through clever messaging, they can create a positive perception of your brand, build relationships with key influencers, and develop relationships with media outlets that would be difficult to do without their help.
Having a professional publicist on your team will also help you manage your online presence, responding to comments and requests in a timely manner while also monitoring industry trends so that you can stay ahead of the game. They will ensure that your brand remains visible and is seen in a favorable light and is associated with reputable sources. Hiring a publicist is one of the best investments you can make in your sports or entertainment career as they will be able to significantly increase your brand’s reach and visibility in the industry.

An entertainment publicist plays an essential role in protecting your image and ensuring that it remains positive. With an entertainment PR professional on your team, you can develop a powerful strategy to cultivate a favorable public perception of yourself or your organization. An entertainment PR expert can craft a clear message that resonates with your target audience, creating a lasting impression. They can also help you stay ahead of any potential public relations issues by handling any media inquiries quickly and efficiently. Additionally, they can work to identify key media outlets, bloggers, and influencers who can help spread the word about your brand. All of these strategies are essential for managing your image, and an experienced entertainment PR specialist can ensure that the job is done right.

Publicists help to shape and promote your brand through press releases, interviews, press events, social media management, and other tactics to create maximum visibility. They understand the nuances of various media outlets, such as newspapers, magazines, television networks, radio stations, websites, and blogs, and can work with each one accordingly. With their guidance, you can gain maximum exposure for your brand without sacrificing credibility or integrity.
Publicists can also provide insight into how the media works, so you can create effective strategies to effectively convey your message and gain attention from the right people. They understand the competitive nature of the media landscape and are skilled at creating strategic campaigns to maximize visibility. Publicists are also adept at navigating tricky situations, such as responding to criticism or managing a crisis.
By leveraging the expertise of an experienced entertainment publicist, you can ensure that your message is heard loud and clear in the media landscape. Their guidance and insight can help you manage your brand and create strategic communications that will help you reach your goals.

When it comes to sports and entertainment, having a strong public relations strategy in place is key to protecting your brand. Strategic communications can help you reach a broad audience while maintaining a positive reputation. It’s important to stay ahead of potential issues or crises that could arise in order to mitigate any damage to your brand.
Having an experienced entertainment publicist on your team can help you identify and develop strategies for protecting your brand and reputation. This includes monitoring online activity for any negative or unflattering comments, as well as tracking media coverage of your brand and responding to any criticism in a timely and professional manner.
Your publicist will also be able to help you craft messages that are consistent and that align with your brand’s identity. This will help ensure that your message is conveyed accurately and effectively. Additionally, they can help you create strategic partnerships that can boost your visibility and increase your chances of success.
Overall, working with an experienced entertainment publicist is essential for safeguarding your brand and ensuring its success in the long run. They can provide the strategic communications skills and expertise necessary to protect your brand and manage its reputation.

When it comes to sports and entertainment, there is a great opportunity for brands and personalities to use strategic communications to maximize opportunities. Public relations professionals can help you develop an effective strategy that enables you to effectively communicate with the media and your target audience. From crafting press releases and other promotional materials, to organizing press conferences and interviews, public relations professionals can create an effective plan that will reach the right people and provide them with the information they need.
In addition, public relations professionals can also provide valuable advice on how to optimize your content for search engine optimization (SEO) purposes. This is important for maximizing visibility and engagement across all channels. They can also help you utilize social media platforms in the most effective way, so that your message reaches the right audience. With strategic planning and implementation, you can use public relations to maximize your opportunities and increase brand awareness. 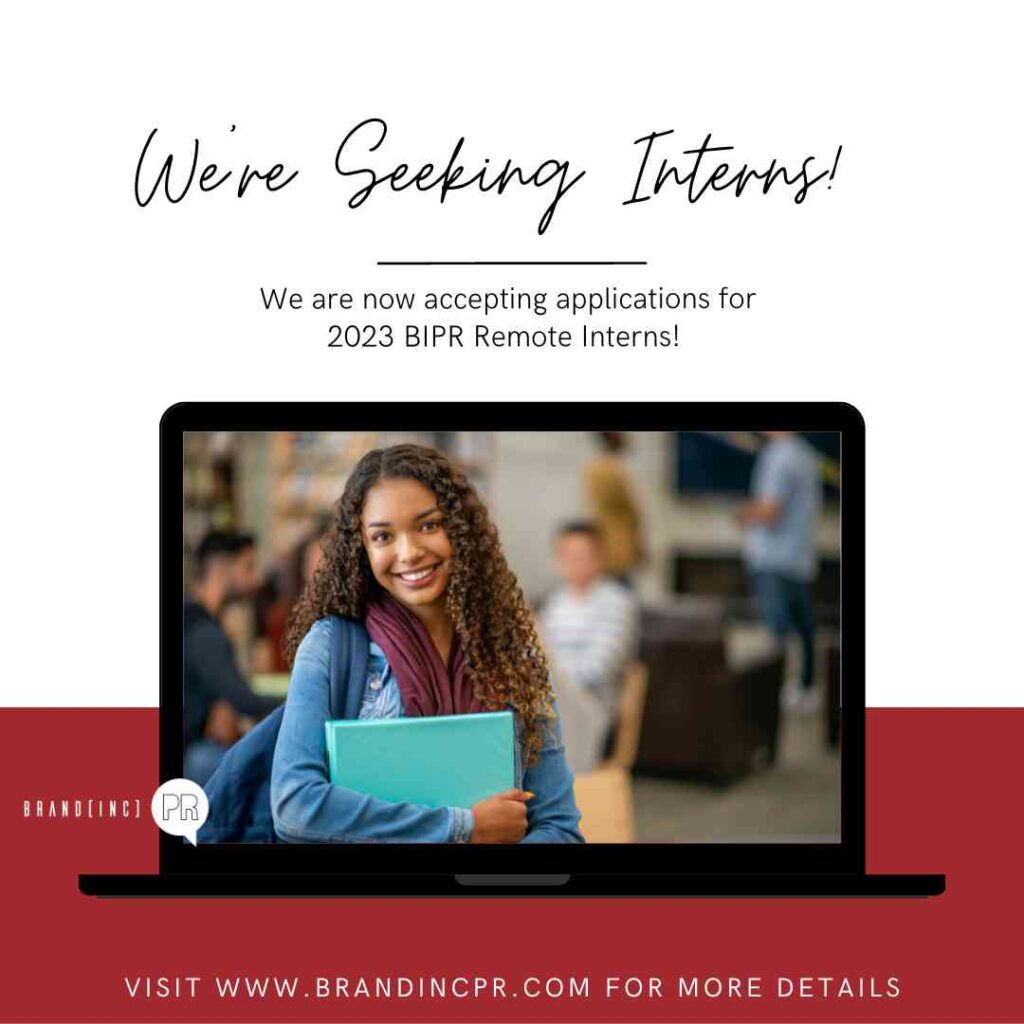 We have three internship sessions – Spring (January – May), Summer (May-August) and Fall/Winter (August-December) – and many interns end up staying for multiple sessions. The internship is for college or technical school credit only. Active interns get first pick for the following sessions internship spots!

Hours can be worked out with your direct team leader but the majority of hours are expected to be during business hours. Did we forget to mention Fabulous Fridays? You get the 1st Friday of every month off!

Submit an application here to be considered for our internship program. 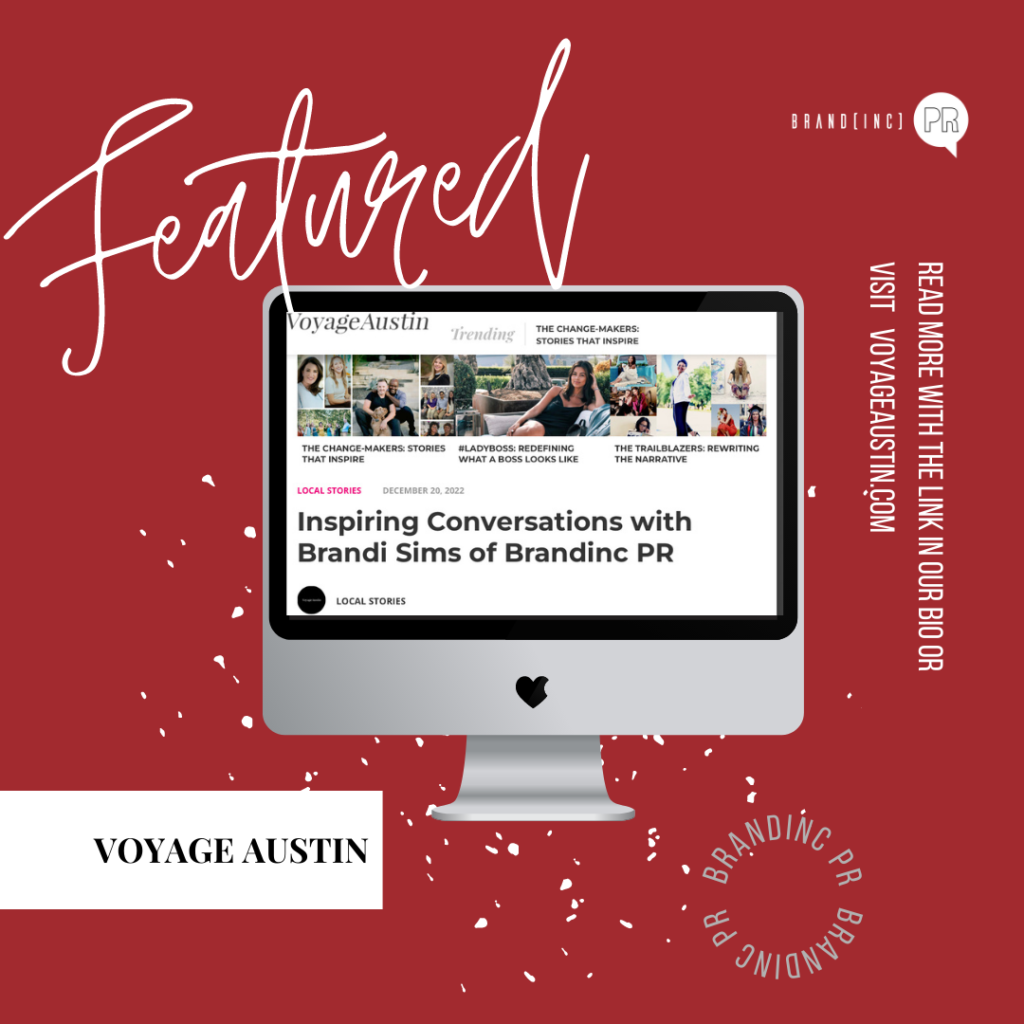 Voyage Austin’s Inspiring Conversations highlights business owners, community leaders and innovators shaking things up and inspiring others along the way

To read more from the latest issue, visit voyageaustin.com 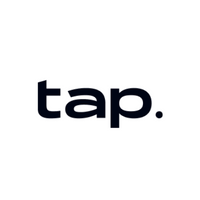 “Currently, the tap. Advisory Board is made up of over thirty entertainment veterans who have either been nominated or received an Oscar, Emmy, Golden Globe or other film award.  Yasuda will work closely with the Advisors as they connect and manage studio-level productions on tap., “said tap. Founder and CEO, Jean-Que Dar.  “We’re excited to have Yasuda ensure they have everything they need while advancing our mission to connect everyone in entertainment.”

Before joining tap., Yasuda, spent six years working as the Executive Vice President of International Business & Legal Affairs at Lionsgate. He most recently served as the Head of Business Affairs for Solstice Studios, the studio known for producing and releasing the Russell Crowe lead thriller Unhinged in 2021.

“This new addition to leadership is the successful culmination of our executive team’s outreach process to ensure that the entertainment app is properly represented by those who truly encompass the field,” said Chief Technology Officer, Mark E. Giles. Giles is also a veteran film cinematographer.

“The breadth of both global and national experience, leadership qualities and values are consistent with the next chapter of tap., which gives me great confidence in Yasuda’s strategic leadership,” said Dar.

In addition to film and production, Yasuda knows the tech space, where, back in 2005 where he helped launch the music industry networking app, Musicolio.

“There is no better time to join tap.,” said Yasuda. “I am excited about the foundation of tap. to further scale the company’s ecosystem and drive enhanced value for shareholders. Having extensive background and experience within the film and entertainment industry, I have a deep appreciation for what it takes to scale these efforts and take it to the next level.”

tap. is the central professional network for everyone who works in the global media and entertainment (M&E) industry on a mission to help professionals connect, network, book work, and manage their entire entertainment career.  For more information, visit www.tap.ec. and follow the company on Instagram @Tap.ec.

LOS ANGELES– December 16th, 2022 –- tap., the digital entertainment marketplace for industry professionals, announced the closing of a $1.8 million pre-seed round of funding towards app development and growth. The new phase will mark a significant milestone since the app’s introduction as it demonstrates the major investments dedicated towards the app’s innovation.

tap. is a business marketplace app for entertainment executives and creatives in the entertainment industry. The app was created to serve the needs of the emerging creatives as well as film financiers and entertainment professionals to connect with legitimate industry productions and professionals. The first of its kind, the patented artificial intelligence technology cuts expenses, time, and effort by 420%.

“In the ever-changing business of entertainment, opportunity is key. Tools like tap. make us all reachable and attain level all in one place,” says Grammy-nominated singer and tap. Investor, Wil Merrel. “I chose to invest in tap. because this platform is ahead of its time and in my opinion, one of the leading sustainable and reliable tools that will soon become our industry’s standard in the very near future.”

What makes it unique is that the IP protected features of the software allows big and small production studios the ability to network, book the entire cast and crew, and manage all conversations and documents without ever leaving the app. The investments toward the app will help to facilitate:

“As a filmmaker, I’m looking forward to seeing how tap. takes on Hollywood, Nollywood, Bollywood, and other film/tv markets by storm,” says Transformers Actor and tap. Investor and Advisor, Remi Adeleke

“The film and music industry really need this,” said CEO of Artists Housing and tap. Investor and Advisor, Kelvn Zuma. “AI to best match roles jumps the industry roadblocks. tap. has already proven to be incredible for our tenants.” Artist Housing is the largest housing facitiy for creatives on the West Coast.

“We are excited to grow our network of support around the tap. app through the latest funding round, which will enable is to execute our strategic company objectives, drive impact within the tech and entertainment industry as well as scale our operations,” said tap. Founder & CEO Jean-Que Dar. “At tap., we believe accessibility is a part of career success especially in the entertainment industry. With the support of our investors, we are on a path that addresses the needs of our industry by enabling professionals with the tools to build their own legitimate network.”

tap. continues to grow its current list of subscribers and released the BETA version in Los Angeles. To learn more about the tap. app, visit https://tap.ec/.  The app is available on apple and android play stores.

tap. is the central professional network for everyone who works in the global media and entertainment (M&E) industry on a mission to help professionals connect, network, book work, and manage their entire entertainment career.  For more information, visit www.tap.ec. and follow the company on Instagram @Tap.ec.